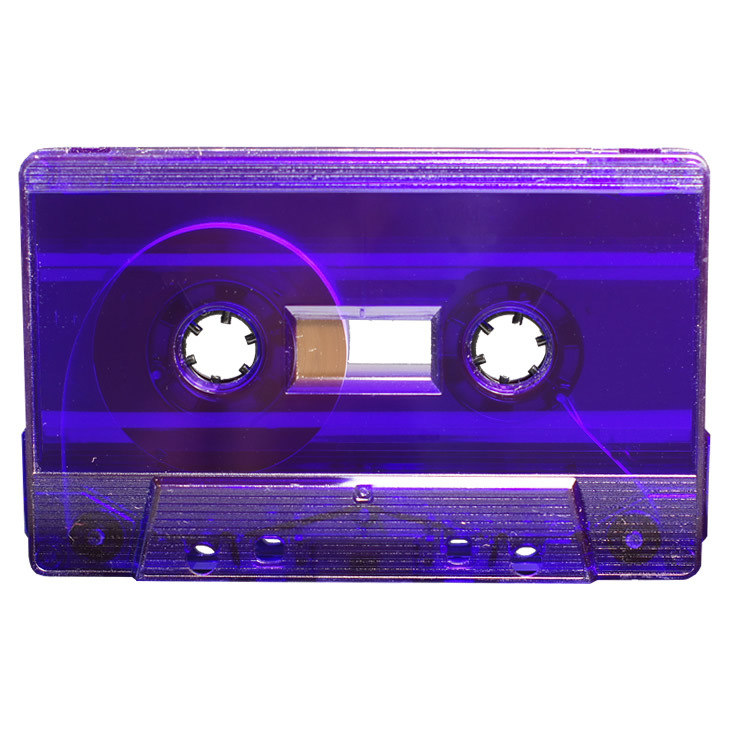 Now I know what some of you are thinking…”The Purple Tape” is only Built for Cuban Links.  Those three words are reserved for Raekwon The Chef, Ghostface Killah and any other Wu affiliates that may have been features on his classic debut album. However, if you’re a music nerd like myself and are reading this, then I would hope that you understand that there is another connotation that is associated with the color purple. The moment you press play it will become abundantly clear that The Purple Tape is an ode to the “Chopped and Screwed” subculture of Hip-Hop.

Since the early 1990’s Robert Earl Davis Jr. best known as “DJ Screw” pioneered the technique of slowing down the tempo of popular hip-hop songs of the time. He achieved this sound by slowing tracks to 60 and 70 quarter note beats per minute. Once the optimal tempo was reached, he would then begin to apply record scratching, and stop-time effects. This would become known nationally as “Chopping” or “Screwed Up Music”. DJ Screw single-handedly created a genre and a legacy that lives on till this day.

After his initial creation, other DJ’s in the Houston area would soon adopt the style and created their own chopped versions of songs throughout the region.  DJ Michael “5000” Watts emerged with his Swishahouse team along with OG Ron C with The Chopstars. Together Michael Watts and Ron C would form Swishahouse records and launch the careers of artists like Chamillionaire, Mike Jones, Paul Wall, Slim Thug. Still on the Southside of Houston, DJ Screw had “The Screwed Up Click”, a collective which included the likes of Lil Keke, Trae Tha Truth, Z-Ro, Big Moe, Fat Pat, Big Pokey, Big Hawk, Big Mello and a few others.

The three DJ’s would continue to cultivate the sound until DJ Screw’s untimely death in November 16th, 2000. Since then, the sound created by Screw has managed to reach national appeal while still maintaining its sub genre classification. Unfortunately the dark side of the music is the forefront of the drug epidemic that is currently plaguing the country. The abuse has reached critical mass in the past 5 years with the death of other Hip-Hop artists, Most notably Pimp C, Big Moe and Fredo Santana. Admittedly these deaths were not entirely related to the drug but its use did contribute. Another notable artist Lil Wayne who openly discussed the drug in his music was reportedly hospitalized for seizures after repeated Drank abuse.

Ironically DJ Screw himself denounced the use of Drank as it was not the ingredient that helped him to create the sound. It was merely a recreational vice that grew in popularity at the same time as the music. In ending, the legacy that DJ Screw left continues to be upheld by the aforementioned Chop DJ’s and a host of others throughout the country. November 16th will mark the 20th anniversary of DJ Screw’s death and I have no doubts that there will be a major celebration in Houston, Texas and throughout the world. Long Live DJ Screw, Long Live Chopped and Screwed Music…NahImsayin?!

The influence of Three 6 Mafia is at an all time high in terms of cultural relevance. From visual aesthetics to sonic reinterpretations of their music, The Mafia has managed to be “The Most Known Unknowns” for virtually 30 years. It’s a rather surreal and sobering moment for many of the 30 somethings out there that grew up on The Hypnotized Minds. The Tear the Club Thugs pioneered a style and sound that managed to permeate popular culture all while staying true to their underground roots while simultaneously achieving critical acclaim.

My earliest recollection of “The Backyard Posse” had to be around 1997 when they attempted “World Domination”. I was sitting at home being a kid, watching “The Box”  when the channel did their periodical most requested videos of the week. It was at that point when I was exposed to “Tear da Club Up 97”. The red tint and fish eyed lens video did enough to captivate me and my friends as we immediately called each other on the phone and ask feverishly if we all saw the same thing at the same time. The legend of the song only grew larger to me once I found out that the song was banned from being played at clubs in the south due to actual destruction of said clubs. To the parents of that generation it was a disgrace, but to the 11 and 12 year olds like us, it was a badge of honor….it was Hip-Hop.

As The Mafia Six entered the new millennium, they not only upped the ante with their music, but continued to introduce me to other legends like Project Pat, La Chat, Lil Wyte and Frayser Boy. There was absolutely no escaping the sound that DJ Paul and Juicy J created in the early 90’s and the success of the aforementioned acts was proof of that. Project Pat alone had at least back two back Hip-Hop Classics with “Ghetty Green” and “Mista Don’t Play: Everythang’s Workin”. Both of those albums spawned regional and subsequently national notoriety. I truly believe that both of his albums helped plant the seeds of modern day trap music.

Currently, female rappers owe a great deal of gratitude to Gangsta Boo and La Chat respectively. Rappers like, Meg The Stallion, The City Girls, and Cardi B have been directly influenced by their unabashed lyricism. What was seen as a novelty then, is all the rage now. Although some would even argue that it wasn’t a novelty as many of the male rappers hold Gangsta Boo in high regard to this day. I for one refuse to tell the Three 6 Mafia story without Gangsta Boo and La Chat, it’s virtually impossible.

2020 looks like it will be the year in which the entire Killa Clan will get their flowers. There are a string of songs that have dropped within the past year that borrow heavily from the entire collective. Acts like A$AP Mob and Raider Kllan who have been 3 6 stalwarts since their inception have been largely responsible for the present day resurgence of appreciation that we are all currently experiencing. It’s a wonderful time to see them get their just due and an even better time to share this with new ears for years to come. ONE TIME FOR THE MAFIA!! 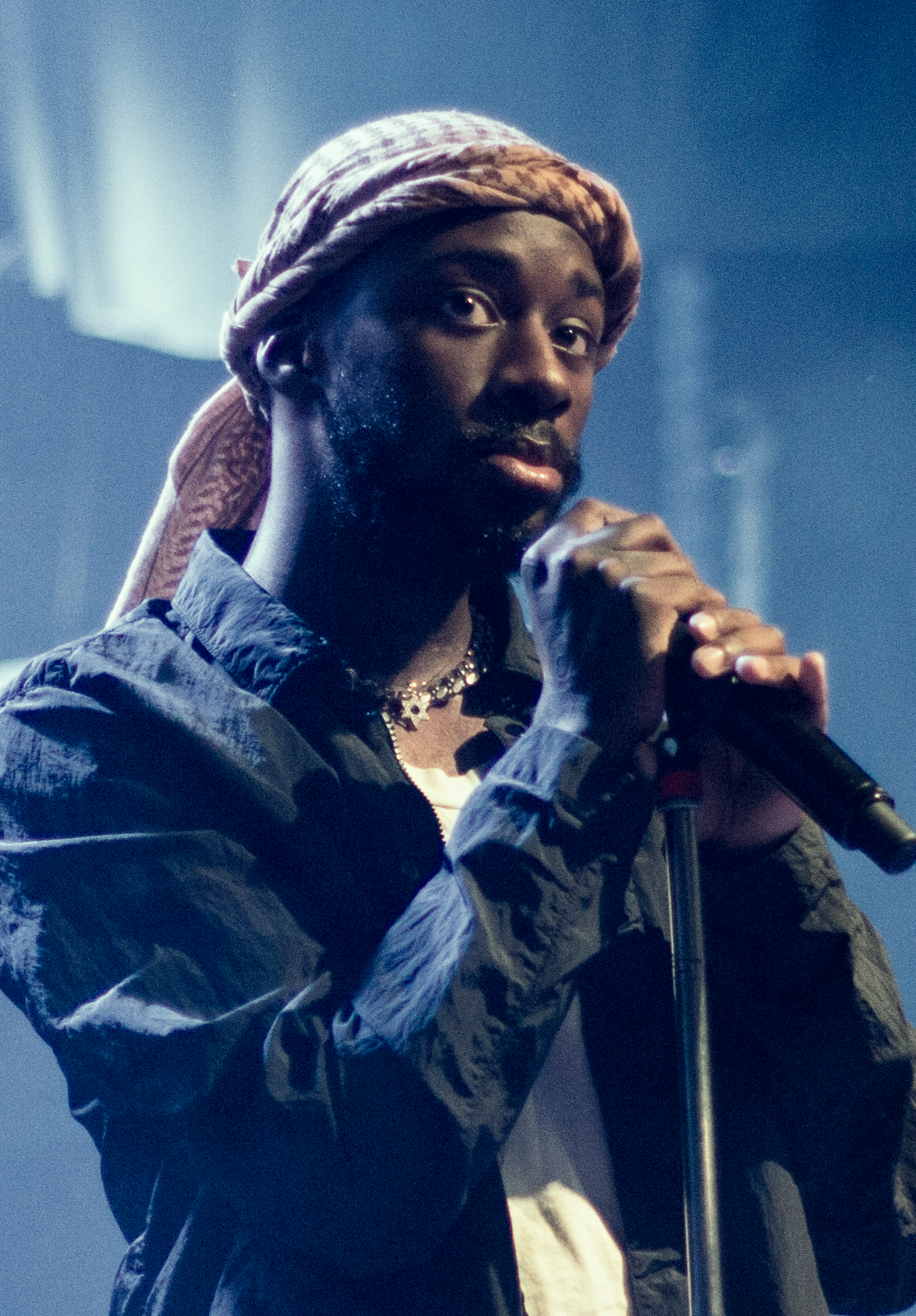 Tuesday night,  D’Anthony Carlos best known as Goldlink took to his Instagram account to post an otherwise highly confusing passage about his “late friend” Mac Miller. Within the caption, Goldlink goes on to to wax poetic about the times in which “they weren’t on the best of terms” and that how much if not all of his 2015 project “And After That, We Didn’t Talk” directly influenced Mac Miller’s 2016’s project “The Divine Feminine”. Many people did not take too kindly to his seemingly innocuous post about Mac Miller because many saw it as disrespect, namely Anderson .Paak.

The question begs though, why are people up in arms about the words of a man who seems to have a gripe with a now deceased artist? Fans and friends alike of the late rapper are raking Goldlink over the coals for his “tactless” and jealously laced mini rant about a man who he appeared to love. What is the hidden rule of thumb that prohibits any one from speaking ill of the dead publicly? For all we know, Goldlink could of very well had a real grievance with Mac Miller and truly did not see anything wrong with what he posted because to him, it was mainly a post that was used for his own therapy.

Admittedly I am not the biggest fan of Mac Miller or his music (save for a few loose songs here and there) but I can definitely understand where his fans are coming from in terms of defending something or someone that is close to one’s heart.  I am not ignorant to the fact that had it been someone I did care about, my sensitivity to the subject would also spike in interest. I feel like the point of contention for me is the “WHY?” Why did Goldlink do what he did? Sure there is a bit of context that can be gleaned from his post, but what is equally head scratching to me and people like me is what is the point of it all.

To be clear however, I do feel what Goldlink did was indeed done in poor taste and I agree with the notion that he could have easily discussed said grievances with Mac Miller while he was still alive. The fact remains though, he decided against that and here we are at this present day and time pondering his true motives.  It is also not lost upon me that Goldlink himself has been accused of “being inspired” by and helping himself to other creative’s artistic output. This added wrinkle to the overall expanding narrative creates even more of an question mark as to why he even bothered to say anything in the first place.

The lingering question which is at the forefront of all this hubbub is…What is the time limit in which a person famous or not can speak on the dead without fear of backlash. At what point can anyone say anything that could actually be the truth albeit unpopular without being “cancelled” or largely ignored. The precedent that I’ve seen be set over the past 48 hours is dangerous to me. Has the world become so censored and politically correct to the point where we ALL have to go along just to get along? How will this affect the future of freedom of speech and artistic merit. I fear this is the beginning of the end. The Death of Celebrity.